The fate of chemicals in the environment

Whenever we use lotion or apply garden spray directly into the environment, its journey rarely ends there. Understanding what happens to a chemical in the environment and where it ends up can help keep our environment safe.

If you don’t know what a slip and slide is, you have sorely missed out. All you needed for a whole summer’s worth of fun was a gentle grassy slope, a slide made from long sheet of thin plastic, some dishwashing liquid, and a hose.

Dressed in your best togs and covered in sunblock, you would set the hose at the top of the plastic, turn it on, and prime the ride with dishwashing liquid. You would then, with a slight run-up, launch yourself at full speed onto the surface of the slippery plastic, slip and sliding all the way down. At this point, the fun ended abruptly with a skid in soggy grass and, if you were too slow, your sibling crashing into you as they followed closely behind. But it never got old; going back to the top to try a new angle to launch from, or sliding upside down or backwards. 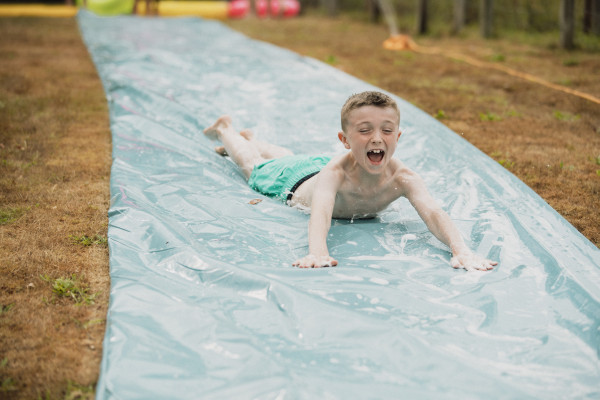 I don’t know if it was from the fluorescent green dishwashing liquid or lashings of sunblock seeping into the ground, but after many summers of fun and games, there was a permanent dead patch of lawn at the bottom of the garden. From the garden, a paddock sloped down to a wetland, and into a stream that crossed a neighbouring farm. The stream flowed into the mighty Clutha River, and out to sea.

Depending on the substance, it can transform into other substances along the way, travel long distances, stick onto sediment, or take other twists and turns when exposed to air, sun, water and land. This journey and its end-point is called the substance’s chemical fate.

We assess a chemical’s behaviour 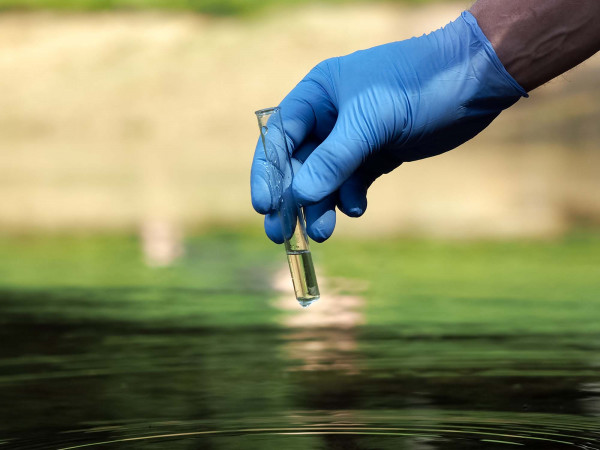 Not all chemicals break down in the environment

While some chemicals break down in the environment, others stay, and they can have detrimental ecological and health effects. Some of these are called persistent organic pollutants (POPs). Their inability to break down means that they can accumulate in places they shouldn’t be, for example, in plant or animal tissue.

Some POPs tend to travel a long way from where they are released into the environment. For example, the pesticide DDT (now banned in most parts of the world) can make its way into the upper atmosphere, drift until it reaches a cold place such as the Arctic, and stop there, far from where it originated.

It’s a no-go for some chemicals, a yes to regulation

Because chemicals released in one country can travel to another, a United Nations (UN) convention was set up to help regulate these chemicals. Under the Stockholm Convention on Persistent Organic Pollutants, POPs such as DDT are added to a big no-no list and, in some cases, limit their use for specific applications only. Users in countries signed to the convention must obey the rules set by the UN. To keep this list up to date with emerging concerns, there is a group that review new POPs to add to the Stockholm Convention – the Persistent Organic Pollutant Review Committee, or POPRC (pronounced Pop-Rock).

One of our principal scientists is the current POPRC chair, and has recently been up at ludicrous hours of the night to attend video conferences in time zones all over the world, interpreted live into all six UN languages, for the 16th meeting of the committee.

Managing your own chemical use

Whether it’s a POP or not, we have our own regulations in place in Aotearoa New Zealand to control, limit or prohibit the use of hazardous substances. Whenever you buy or use a chemical substance, think about where it will end up, and what alternatives there might be to minimise harm to the environment. The choices we make have flow-on effects for other ecosystems and organisms at the receiving end, so make sure you use a biodegradable soap for your slip and slide this summer.

Find out more about protecting our environment from chemicals

Find out more about hazardous substances and the EPA

For more content on the environmental fate of chemicals, how this is assessed and how the EPA uses this information when applications for new chemicals are received, keep an eye out for other Science Corner articles in this series.

Ham hails from Otago/Southland, where she completed a Master of Science in Chemistry at the University of Otago, focused on the topic of improving alternative plastic processes. Ham joined the EPA in 2019 as Science Research assistant, bringing a passion for science communication and its role in environmental protection.