The critter of the month for this time of bursting pōhutukawa and rātā, Hakihea or December, is the mānuka moth (also known as Declana floccosa, or the forest semilooper moth). 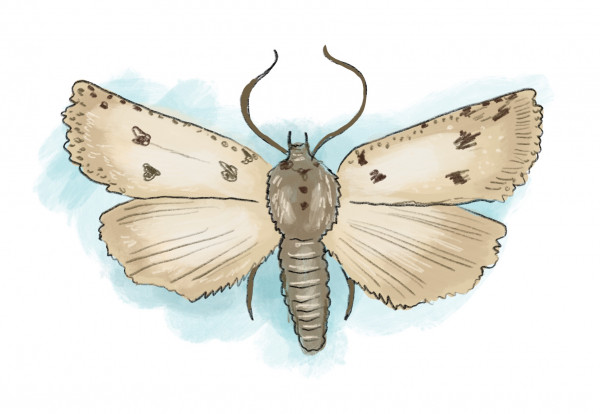 Illustration of the mānuka moth

The critter of the month for this time of bursting pōhutukawa and rātā, Hakihea or December, is the mānuka moth (also known as Declana floccosa, or the forest semilooper moth).

Mānuka moths spend their brief time on Earth moving in a semi-looping manner around the forest at night, feeding on pollen and nectar, and are quite skilled at pretending to be lichen on tree trunks and fences while they rest during the day.

The moths lay little oval eggs on tree leaves, which go from a blue-green to dark brown and then red-brown before hatching. These hungry caterpillars then feed on a variety of native and introduced shrubs and trees. Once fully grown, the caterpillars descend to the forest floor on a silken thread, where they transfigure into moths with a wingspan of about 27-35mm in a loose cocoon of leaf litter. 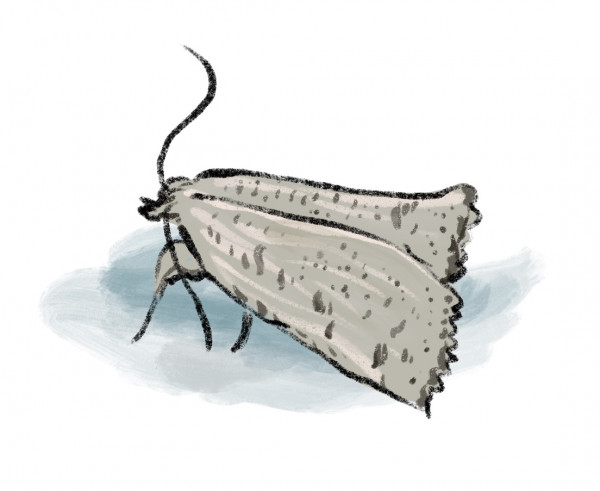 Illustration of the mānuka moth

There has been a great variation of colours and patterns observed on the wings of mānuka moths. From their garden in Lower Hutt, Scottish-born ecologists John and Meg Flux studied mānuka moths to learn more about their many forms; a phenomenon called polymorphism, meaning two or more different forms can occur in a population of a species.

They had no fancy lab or equipment, just a camera and a question – does the ratio of the different colours and patterns observed change over time. They photographed every mānuka moth found in their garden over 42 years, from 1974-2016, and found that the ratio of different forms stayed stable over that time.

This was surprising, as it was thought that having multiple forms was a hack to prevent birds from being able to easily recognise them as prey. The full paper is freely available, with some renewed hypotheses on why the proportion of colour forms may have stayed the same over time. 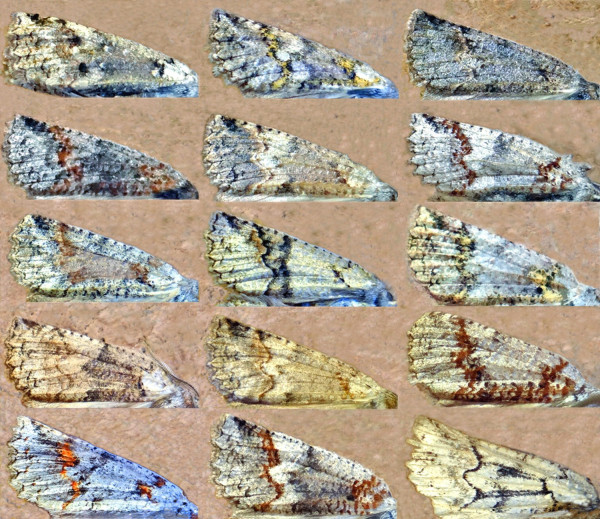 The eDNA left behind by the mānuka moth, found in a recent sample from the Rai Valley, Malborough, won’t tell us what pattern and colour form it was. We can see what it was co-existing with in that ecosystem though, and imagine it semi-looping into the awa, or eggs rolling off a leaf into the water.

More information about the mānuka moth