May's critter of the month is puene, the New Zealand dobsonfly. This centipede-like creeper was found in a sample taken from Karaka Stream by Ric Balfour of the New Zealand Landcare Trust. Ric supported students from Thames High School to take this sample. Thames High School has been monitoring Karaka stream for a few years now.

Karaka stream is 90% in forest (a mix of exotic flora close to town and native bush upstream) with a history of severe disturbance from the 1850s to 1950s. It is now revegetated in its second growth, but still has some mine-related outflow (iron oxides and chemicals) entering the stream.

Karaka Stream is suitable for the puene, as they thrive in moderate, good quality water and prefer to have shade over them from overhanging bush. You can find them in both the North and South Islands.

Puene are native to Aotearoa, and they are one of our largest freshwater insects. Their larvae are around 25mm long and will usually hang out in stony streams and rivers. Puene have large pincers, earning them the nickname "toebiter" - though they mainly use these pincers to catch other aquatic insects. Despite their pincers, they still make a good meal for galaxiidae fish.

Puene are an important part of the ecosystems they inhabit, and an intriguing find in this sample. 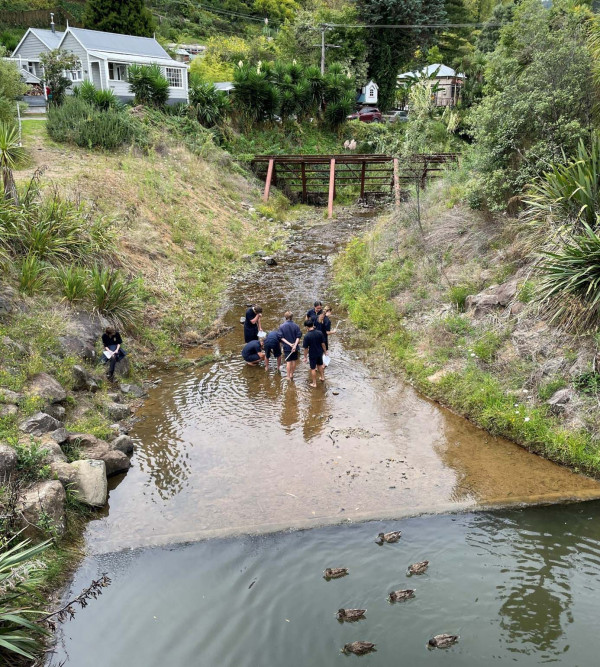