Meet our management team, including our Chief Executive. Allan Freeth took up the role of Chief Executive of the Environmental Protection Authority in September 2015.

He has extensive experience of both governance and management, and is well-known across New Zealand’s business, cultural, and public sectors.

He was Chair of Triplejump until October 2018, and Housing New Zealand Corporation until July 2015, and Chairman of the Advisory Board of Global Film Solutions until April 2017. He is also active in the not-for-profit sector with previous roles as Chair of Queen Margaret College, and Save the Children New Zealand, Deputy Chairman of Film NZ, and a Director of the Malaghan Institute.

At present he is Acting Chairman of Crimestoppers, a Trustee on the Queen Elizabeth II Army Memorial Museum Trust, and a member of the Strategic Advisory Board of the Centre for Defence and Security Studies at Massey University. He also acts as an advisor for a number of charities associated with child and youth organisations.

Dr Freeth holds a BSc (1st class Honours) degree in Zoology, a Doctorate in Philosophy in Population Genetics, and an MBA with Distinction. 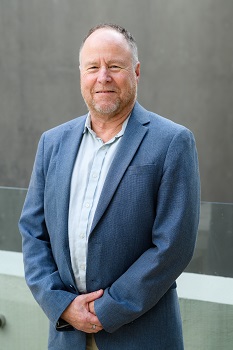 Chris joined the EPA in December 2020. Chris has a Bachelor of Science (Hons) in Biology from Durham University (UK) and completed a PhD at Griffith University, Australia.

Chris has extensive experience in environmental regulation having undertaken various roles within the Environment Department of the Queensland Government, Australia for the past 20 years. His most recent roles were responsible for waste management compliance and environmental approvals for industry, local governments and coastal development.

Prior to joining the Queensland Government, Chris was a member of the Zoology Department at James Cook University, Queensland where he conducted research on spatial and temporal patterns of biodiversity. Michelle joined the EPA in 2011 when we took over the administration of the Emissions Trading Scheme. She brought with her a wealth of climate change experience, having worked for the Ministry for the Environment’s climate change team since 2006.

Previously, Michelle held roles with the Accident Compensation Corporation, including organisational development and Human Resources. Michelle holds a Bachelor of Commerce and Administration from Victoria University. Gayle joined the EPA in January 2017 when she took up the role of Hazardous Substances Applications Manager. Gayle has a Bachelor of Science (Hons) in Applied Biosciences and Chemistry from Aberdeen's Robert Gordon University.

Gayle moved to New Zealand in 2006 and has held a number of roles including managing the Good Laboratory Practice; food and environmental forensics; and with environmental and trace contaminants teams for a food safety laboratory. She has also held logistics and operational management roles in translational science and commercialisation. Paula joined us from WorkSafe New Zealand where she was Director of Strategic Engagement and Implementation, responsible for leading organisational engagement with New Zealand industry/Chief Executive bodies on improving New Zealand's health and safety system performance. This involved partnering across the system with other government regulators and social agencies and delivering WorkSafe’s integrated harm prevention programmes.

She has developed and embedded successful business strategies in a range of fast-paced, complex and challenging environments, having led large regulatory and social policy functions at Inland Revenue and the Ministry of Education.

She also has extensive international experience, negotiating intergovernmental agreements and representing New Zealand overseas. She has a law degree, a Masters in Business (with distinction) from Henley Business School in the UK, is a member of the Public Services Career Board, and is a Global Women Breakthrough Leaders Alumni.

Paula is passionate about people-centred and inclusive ways of thinking and delivering services. Being an advocate of social equity and animal welfare, she strives to bring an empathetic and values-centred approach to all areas of her life. Erica’s tribal affiliations are to Waikato and Ngāti Maniapoto.

Erica joined the EPA in November 2016 as a Principal Advisor and has led the development and implementation of the EPA’s mātauranga programme.

Erica has an extensive background in public sector policy development and implementation through working for the Ministry for Economic Development and Ministry for Primary Industries. For more than 18 years, Erica's focus has been around facilitating Māori engagement on a range of economic development and environmental management issues. 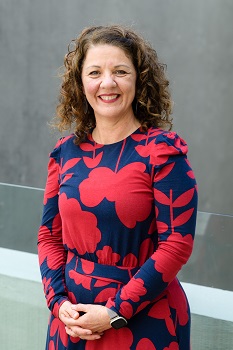 Kellie joined the EPA in 2020, and leads our drive to develop and support our expert workforce. She brings a broad range of human resources experience and expertise from both the public and private sector.

She was previously the Head of Organisational Development at ACC, and before that was the Manager of People and Capability Delivery at the New Zealand Transport Agency. She is passionate about employee experience, diversity and the critical role people play in the delivery of strategic business and customer outcomes.

Her private sector experience focuses on the financial sector where she has led large-scale change programmes and organisational development initiatives at both BNZ and ANZ.

She has a strong academic grounding, including a Bachelor of Arts from Victoria University, with Honours in Industrial and Organisational Psychology. Sarah is a chartered accountant and holds a Bachelor of Commerce and Administration from Victoria University majoring in accounting and commercial law, together with a post graduate diploma in professional accounting.

Sarah is experienced in managing both financial and non-financial functions of an organisation and has developed these skills over more than 20 years working initially in a large accounting firm, followed by several roles in the public sector.

Prior to joining the EPA, Sarah was the financial controller at Victoria University of Wellington. She started at the EPA as Head of Finance and Planning in 2018, before moving into the roles of General Manager Finance and Systems, Chief Financial Officer, and Chief Security Officer. The areas for which Sarah is responsible include finance, planning and performance, the programme management office, information technology, risk and assurance, procurement, and facilities.

Sarah identifies strongly with managing a high performing team. She values a safe, positive and flexible working environment with a ‘one-team’ focus that pursues individual and team objectives, as well as striving to achieve wider business priorities and strategic goals.